Alarm, shower & the usual fine Breakfast at 7am.

I had some paper work to complete then we loaded up and headed to the main site for a practice flight. I tried to get a hold of John to let him know the days plans but no joy via messenger.
A relaxed morning as we waited for our chance to fly. Kelly and I headed over to the registration table and we are first in line... actually there was no line! Paola check over the team's submissions and we settled our account. Documents checked and copied, welcome items received and we were done.

Back at the flight line the guys finally took to the sky. Michi was up first and flew his back up Accuracy in order to get it trimmed and ready should his primary have an issue. John arrived and was the best dressed guy on the field with his Team Canada 🇨🇦 uniform on! He rocked it.

John called for Henry who then put up a solid flight with a nice relaxed pace.  He looked rested and very comfortable on the flight line this morning.

Chad was up next and had his best P-19 round since his arrival. Very solid flight all around and I have no trouble saying he is flying the best that I have witnessed. 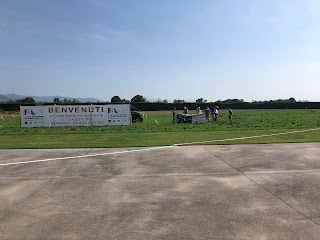 We then stayed and had a nice buffet lunch at the restaurant. Great selection of foods to try out. After that we relaxed and I took some pictures of various planes until it was our turn to process. 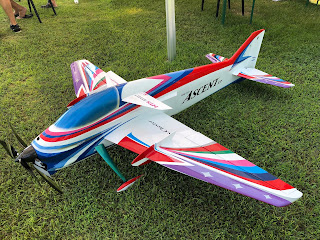 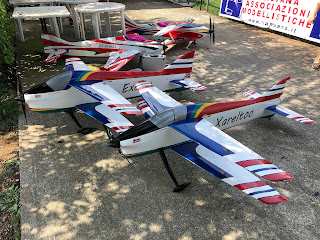 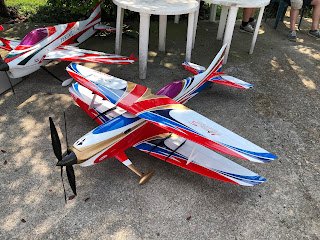 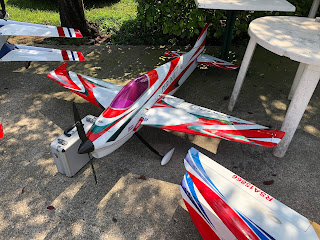 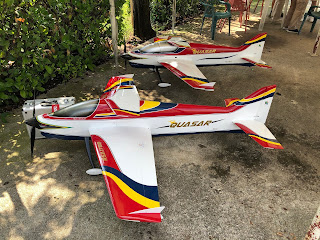 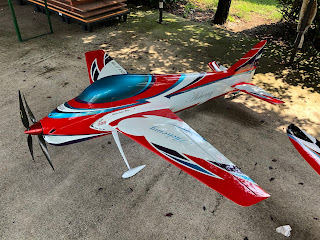 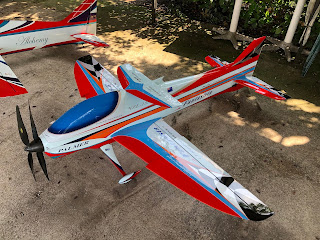 They started calling for Canada about 20 minutes ahead of our planed processing time. Even though most of the guys had the planes ready we pushed back on the demand. Chad was still assembling his B model as Michi’s was weighed and measured.

Our planes were all properly sticker for removable parts and the FAI Stickers attached but they had new stickers with competitors unique ID and either model A or B. This created a bit of a problem as Michi was flying Model "K" as his primary and Chad had his Model "C" as his primary.  “We have no K or C so you must change” was the instructions from the officials.  Ok so we did that but we were able to change Michi’s to a “K”....  but not Chad’s so it has double stickers.


All planes met the measurement requirements except for the spinner dimensions. This is the first time they have checked this and the contras will all fail this test due to the hub design.  I suspect they are not enforcing this as they all “passed” 🤷‍♂️
Sound and voltage checks all passed with Henry’s Element hitting the hi mark at 92.2db  (max 94.0db) and Chad had the lowest with Model B only hitting 82.3 on the sound meter. 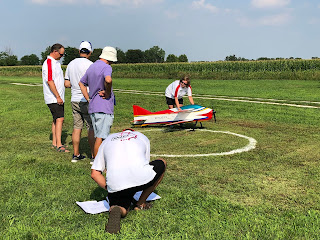 Once processing was completed we posed for a team photo before packing up and heading back to the Airbnb. Michi stayed behind to get another flight in and converse with the Japanese team.

We walked up the street and ordered pizza then brought it back to our Airbnb. Michi arrived back but opted for sushi at the local establishment.
The long day came to an end... off to bed.
at August 01, 2019 No comments: