On the ground in Italy.

Our flight over to MXP was uneventful and we got off the plane fairly quickly. Unfortunately our bags took some time as the Italian "pace" kicked in. The rental car pickup was straight forward for us and after waiting for Chad's car to be washed (?) we were on our way.

Approximately 100 minutes later we arrived at our AirBnB.  Chad set to work unpacking his plane and charging a couple packs for some planned flights at the World's site.  We got settled into the place and then headed out to grab some supplies (cooler, chairs, etc.) and some dinner. (Burger King) 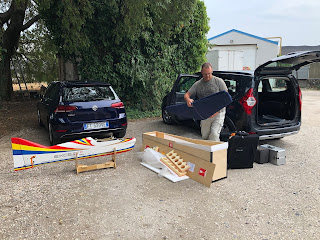 We met up with Michi, Henry, Norm Morrish, Russell Edwards and Andrew Palmer to name a few, at the world's site. Chad managed a flight while Andrew sorted out some fail safe issues with his plane. 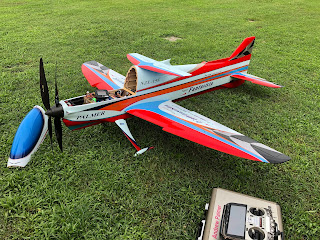 We wrapped up about 8pm and headed back to the AirBnB for a debrief and some preliminary planning for tomorrow. Chad also made some wire repairs to his electrical setup after experiencing issues after the assembly. All good now! 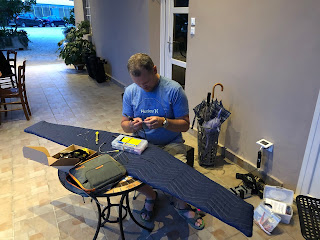