Up at our usual time as we have arranged for a "coffee only" this morning. The bill is all settled for our meals and I am all packed up.  Henry and Michi departed at 5am as they wanted extra time to process the boxes etc. John was going home today as well.

I headed to the airport and after a quick fuel stop and 2 toll booths later, I arrived in 1:38 minutes.
The only issue I had was at the car rental return where it was pointed out that there was a long scratch on the room of the car. See picture.

Now I have always videoed the car when I pick them up but I never done the roof. I did not park the car anywhere that this could have happened and Kelly said the same so.... I could not prove that it didn't happen while it was in my possession :-(    So a €270 charge was added to my bill... lesson learned.. video the whole car!

I checked in for my flight and then blogged away... all in all a great experience for Team Canada as we all did our best to represent our country. The Italian hosts all did a great job and even though there were a few bumps along the way, they sorted these issues out quickly.  The last Final's day was loooooong... too long for most people and this will be fixed in future events as there are reducing the finals down to 3 flights! This will allow for a dinner to start at say.... 6 pm instead of 9 pm. I think everyone would prefer that... including the pilots.

Chad and Agnes dropped the planes into storage and are off to Florence and the Rome for the balance of their stay.
I caught my flight out of Malpensa airport for Amsterdam and then on to Glasgow Scotland. 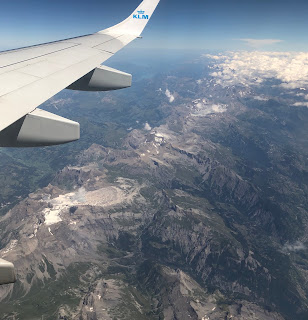 On arrival into Glasgow my bag was first off and I quickly grabbed a cab to the Caledonian  University where I was met by Kelly. 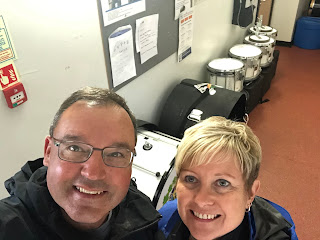 The next part of our adventure has a new blog here https://kellydavescotland2019.blogspot.com/