Up at our usual time for breakfast and then off to watch Chad fly his third preliminary flight. As I have mentioned before, we are lucky to all fly together in the am or pm. We don't have to put in super long days like the US team. 😱

Chad was up at 08:50 on line B and the sun was hanging just inside the right box marker. Once again a solid, consistent flight with very few observable errors.  He was rewarded with a 439.70 score. 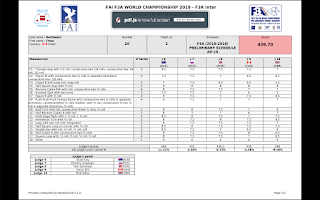 We then moved back up to flight line A and watched the flying as we will wait for Henry’s flight. Both his planes were assembled and ready to go when we arrived.

He had his best flight to date with solid elements & no major errors. When he came off the line he felt it was the best he could ever do. I couldn’t ask for anything more. 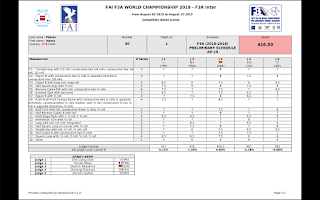 We watched various flyers as Michi put his planes together for his 3rd preliminary flight.

And away he goes on his 3rd preliminary sortie. Solid flight with a couple issues with baseline changes. He felt good after the flight but only scored a 403.90 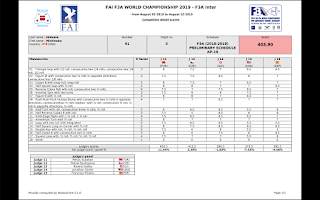 Lots of planes available for pictures.... 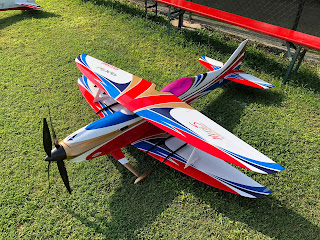 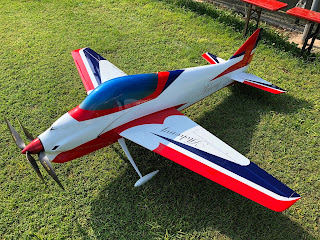 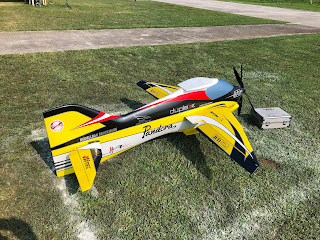 We all headed back home to change and freshen up. Dave took the afternoon off and went sightseeing with Kelly. Chad and Michi headed to the practice field while Henry watched some flights. Agnes  and John chilled. 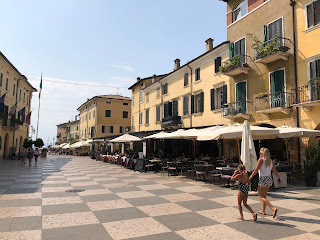 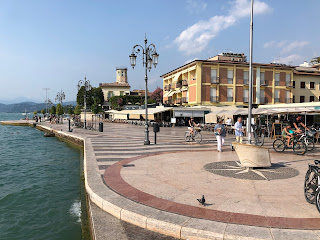