I checked my email and received the following pdf from the organizing committee. It shows the official flight order for each of the four groups of pilots. It’s color coded for easy reference.  Yellow is Henry and Michi’s Group and Chad’s is blue. All pilots fly at different times so there will be no issues with manpower although we did prepare for that possibility.  Also we fly together either in the morning or afternoon. 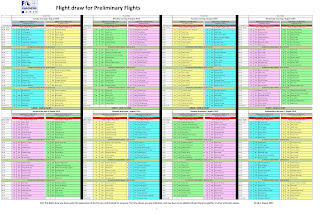 Today we headed up to Field B at the Worlds Site for our official flights. We have not flown here but have been following the reports of Marcelo Velez and Mark Atwood.


We are the very first team to fly this morning and the conditions were near perfect with the exception of the sun. It infringed on the right side of the box. With the use of the sun evader it will work.


Planes assembled and at 08:30 Chad took to the sky followed by Michi and finally Henry. All flew well under sunny skies and realatively calm conditions.

With the flights complete, Kelly, Agnes and I headed over to local hotel that will host the managers meeting tonight. I wanted to check it out in the daylight 😄

We returned to the Airbnb and then left the gals (they are shopping today 😱) as we went to our practice field.  It is not the largest field by any stretch but it will certainly help with practice between official flights. There was only two teams there when we arrived, the Ukraine team was there along with the Czech’s who camped out overnight in a caravan.
We were soon joined by Gernot Bruckman and then the Japanese team. Looks like only one more flight today as time will be a factor.  Gernot's Pandora was popular with the fliers as this is the first time most non European competitors have had a chance to see it up close. 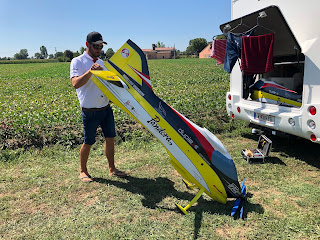 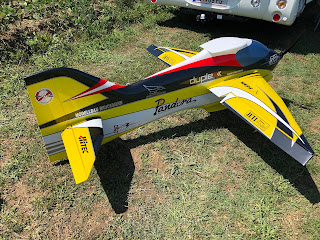 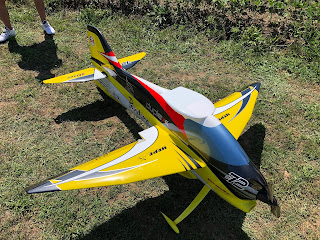 We ate a lunch of sandwiches supplied by John Bently... best helper ever! 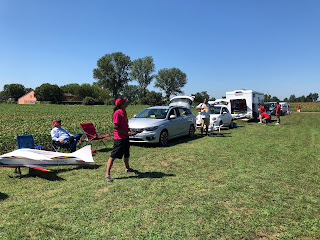 We watched Chad, Gernot and Onda fly there F-19 sequences. All solid flying by each pilot. 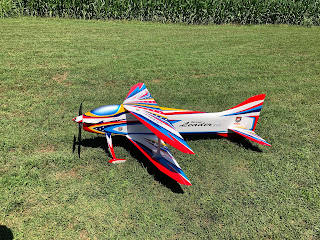 With time winding down, we loaded up and headed back to the airbnb to prepare for the opening ceremonies this afternoon.  Of course we left Michi to practice another flight.

At Casa Bianca, the teams all gathered and then paraded around the field led by a flag waving band. It was followed by some speeches by dignitaries and a helicopter flight with flags flying and neat smoke show. The "Flag Band" then got going with a lengthy demonstration of various flag waving skills. It was interesting to see but seemed to stretch a tad long. All good though! 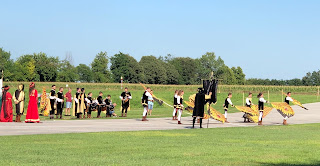 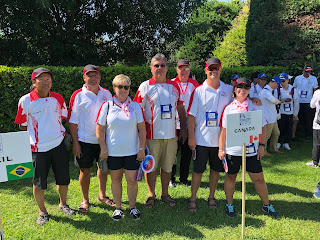 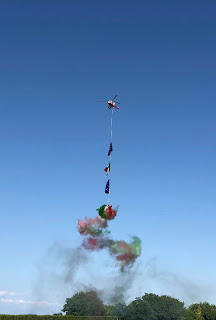 We then all went into the beautiful grounds and enjoyed a drink and a buffet appetizer while meeting up with old friends and making new ones as well. 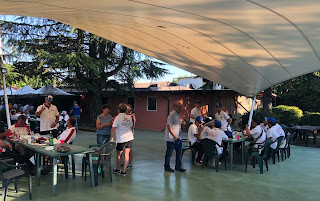 We then headed back and spent some time at the Airbnb. The open area at our place is very inviting and relaxing! I headed over to the Hotel Della Torre for the managers meeting. 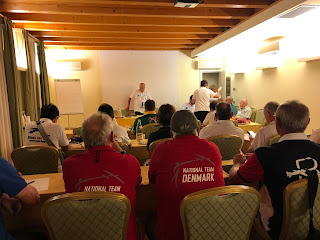 Mario covered all the usual points and reviewed the procedures to follow at the two flight lines. Team Managers only need their ID to access the flight line.