Breakfast with the team then we headed off to Site 6 for practice.  Kelly and Agnes are taking the VW and going to the lake and "possibly" some shopping today. 😱

I rode shotgun with Chad out to the practice field and watched the action from the TM’s chair :-)  John met us there and we assembled the planes in the back parking lot. The front was filled up with Team France 🇫🇷

We watched Arnaud Poyet, Jr pilot Sasha Muller, Christophe Paysant Le Roux (with his new Oreka) and Cedric Carayon and then our guys followed with Michi, Chad and Henry all getting in a practice flights. As both Henri and Michi have been hard at the flying since last Thursday, I had them take it easy today with only a few flights and a more relaxed pace. Well I tried to! 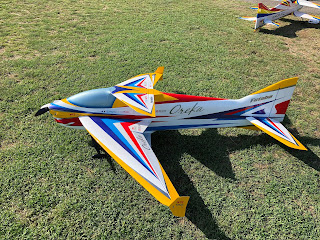 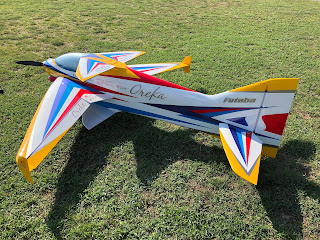 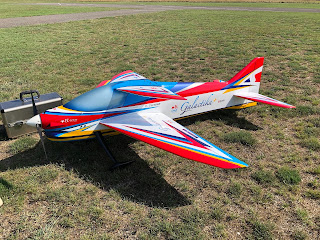 The Russian team was also present and the Japanese team members came buy for a field inspection. Unfortunately no Japanese planes made the trip according to my “source”. The rest are inbound on the next flight. I am also told no YS this year. 😱

Unfortunately Henry had a bit of a hard landing and cracked his right landing gear leg. Within minutes we connected with Mark Atwood who, in turn, connected with the South African team and arranged for some CF tow to make repairs. Big shout out to Andrea Stockwell who brought the repair supplies all the way from S.A.!!


We were quickly able to return the favor by transporting some motor mount parts from the French team back to Andrew Jesky who was helping out the South African junior. John is queued up to make the swap back at his hotel. Everyone wins!

In the meantime, Mark Atwood is trying to track down the shipment of Thunder Power batteries for both US and Canadian pilots. They are in the black hole of “customs”.

Update at 19:00 local: No batteries yet, No Japanese planes yet! We relaxed around the yard and then went into town for some dinner & gelato

The team also received our Processing and Official practice times as follows.... 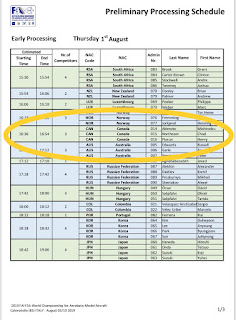 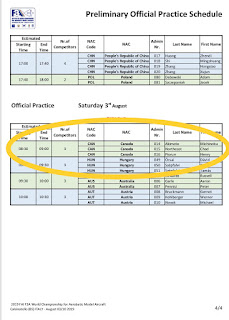 Our official practice will be at site B.  Off to bed.